This sermon is part of a summer preaching series on the book of Romans.
Click here to read a testimony offered in worship today by Jossy Gelpi.

Jesus sets a vivid scene in his address to the crowds. In the gathering place, the marketplace, the city center, children typically run and play, acting out their versions of adult life. Here, the children do not run, but sit, not playing but calling out to one another ‘We played the flute and you did not dance; we wailed and you did not mourn.’

Each one rejoices alone, suffers in isolation. It is a landscape of isolation.

The people long for relief; long to hear the words of Jesus, “Come to me, all you that are weary and are carrying heavy burdens, and I will give you rest.” It is a landscape of longing. 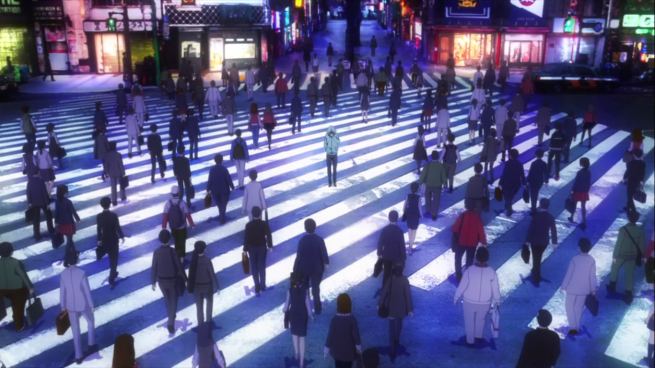 This could easily be the city of Chicago in 2017. And it could easily be the city of Rome in the mid 50s, when Paul wrote his letter to the Romans. You may remember that in the very first sermon in this series on Romans, Pastor Erik set the scene for us. He described what was happening in Rome at the time that Paul wrote: Only a few years earlier, the emperor had deported huge numbers of Jews from the Rome because of riots – riots that were probably set off by the very earliest Christian preaching among the Jews there. In 54, right around the time this letter was written, a new emperor took over and rolled back the deportation order, allowing many Jews to return.

So you can only imagine the tensions that were mounting by the time Paul writes this letter. There are people with Jewish heritage living in this city. There are Jews who are Christian, in that they believe that Jesus (the Jewish man from Galilee, over 2,000 miles away in another part of the Roman territory, who was executed by the state a few decades earlier) is the fulfillment of God’s covenant and the promised savior. And there are non-Christian Jews who do not believe that. There are people with non-Jewish heritage living here. There are Gentiles who are part of the Christian movement. And Gentiles who are not.

Imagine just a fraction of the dynamics that must have been at play here. Imagine if I’m a non-Christian Jew. It is very clear that my siblings who are Christian Jews are to blame for my family being displaced. If they would’ve just stuck to the way things were, life could have gone on as usual, but these people betrayed our thousands-years old tradition.

Or imagine if I’m a Gentile Christian. It’s not to difficult to imagine that the Jews who didn’t jump on board the Christ bandwagon deserved what they got. It might even be a sign that God had written the Jews out of God’s plan.

So when Paul writes to the community of Christians in Rome, he is writing to some lifelong Jews, some new Gentile converts; some eager to evangelize their neighbors, some fearing the faith of their neighbors. It is important that he spends chapter after chapter going on about “the law,” meaning the Jewish law, the Torah. We need to know that this is not an academic exercise, or an irrelevant point to this community. What this brand new community believes about the Torah matters a lot. It has huge implications for how they live and grow and thrive and grow some more together.

And Paul’s work here matters for us, too – even for those of us who have never lived in deep relationship with the Torah, or have never given the Torah much thought. It matters because the faith that we claim here, in this time and place, is too rich and beautiful to be taken out of context. For Paul and the early Christians, as well as for the disciples and Jesus, this Jesus movement was not some brand new thing, replacing the Jewish faith of their families and their ancestors. This movement was radically continuous with the promises that God had made to God’s people all along, to Sarah and Abraham and their descendants. Yet at the same time, this movement was what N.T. Wright describes as a “sudden and surprising fulfillment, overturning cherished expectations, breaking in unexpectedly on the worldview.”

So Paul is working out a long argument, over paragraphs and chapters, to help his readers understand how the Torah – and by extension, their long-established understanding of how God is working in their midst – fits in with this new revelation of Jesus as the one who redeems and saves.

The Torah is a specific body of instruction, understood as a precious gift to God’s people. Israel had been liberated from slavery in Egypt, but found themselves still, unshakably enslaved to sin and death. That is, even when their material conditions improved, their relationships to God and to each other were still irreparably broken. People hurt one another, and remained alienated from creation, and lived lives that did not reflect the wholeness and abundance that they knew God intended them for. Their situation – liberated but not yet free – sounds familiar to me. Liberated but not yet free. And this is where the law came in for Israel. God gave God’s people a body of instruction under which they might be restored, along with all creation, to right relationship with God and with one another: I am God; do not make anything else your God. Remember the sabbath. Honor your parents. Do not hurt one another, or cheat, or lie, or practice envy among you… and so on.

The Psalmists write lovingly about the Torah, “Oh how I love your law! … I delight in your commandments… I meditate on your word day and night…” (Ps 119)

Yes! We do, don’t we? We love the vision that God sets before us of a life reconciled! Love to imagine a world in which humans no longer hurt one another, no longer alienated, solidary in both joy and mourning. We come here on Sundays and we meditate on God’s word, we imagine ourselves in that vision, we practice acting God’s way in the hopes that those actions would lead to the enactment of that reconciled world.

For me, the most compelling part of that vision of a restored creation is the idea that humans would take care of one another. I delight in that commandment – the command to not hurt, but to care for one another! I long to live in a world where I don’t have to achieve, earn, or prove my way into self-sufficiency in order to survive. I hate the way the world works now: where one misstep, one failure, one perceived “deficiency” eliminates someone from the possibility of having a good, rich, fulfilled life. I want a world in which we are convinced we are all worth it just as we are, and in which we depend deeply on one another. I reflect, day and night about what that world would look like. And I act: preaching, listening, organizing, in the hopes that my actions would lead to that world. I take those actions really seriously because I feel so deeply called to them – especially to the work of organizing.

A few months ago, someone I organize with started drifting away from the work gradually, first doubting the work we were doing… then showing up less and less… and finally saying they needed to take a step back. A few weeks later, they asked to meet me to talk about what happened. They said this:

See… Sometimes I don’t even know what I’m doing.

Yet it’s not the law’s fault, because the law is good. And it’s not our fault either, Paul says. It is a force outside of ourselves – the power of sin “indwelling” in us and in all of creation.

This, in essence, is what Paul is saying to the community in Rome today: Sin is a power let loose in the world and enfleshed in us. Sin corrupts and twists and suffocates and bends time and space away from the goodness that God intends. Even the Torah, which God gave as a gift, which was intended to gather all creation back to God, has been corrupted because we come to resent the law more and more as we realize how incapable we are of keeping it fully.

Next week, Paul’s logical argument will go on, finally reaching a point in which he’ll beautifully and powerfully demonstrate how God’s saving work in Jesus Christ is the best possible news to this wretched situation. But that’s next week.

This week, what is the Roman community of Jewish Christians, and non-Christian Jews and all the rest left with? We, along with them are left waiting here, in this utterly relatable and human place between saved and not yet saved. Simultaneously saint and sinner. Alone in the marketplace and crying out – will this burden ever be lifted?

Paul is a careful and methodical writer, and he doesn’t get to the part where God saves us until next week. But even Paul can’t help himself – in the midst of this logical and well-crafted argument, he erupts in a glossolalia of praise:

“Thanks be to God through Jesus, the one who is the messiah, our Lord!”

Here, in this space of liberated but not yet free, the Roman community hears the promise: You, though many, are one body because of Christ.

They, and we, are charged with sharing signs of peace with one another despite resentment, pain, and woundedness.

They, and we are invited to one table, bringing our many and deep differences.

They, and we are washed and fed with God’s very presence, wretched humans that we are.

Thanks be to God indeed.

One thought on “a sermon despite my best intentions”