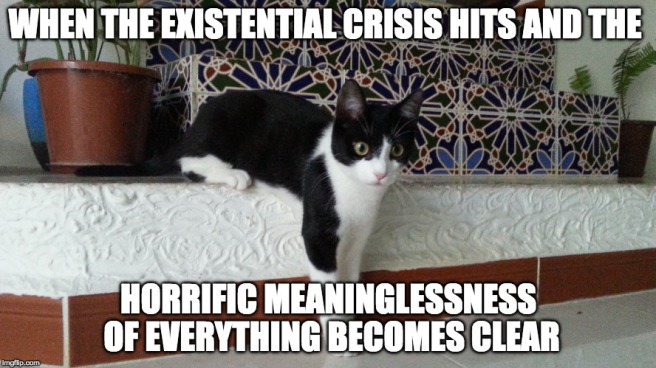 This week is the one major time in our three year cycle of bible readings that we get to read from the book of Ecclesiastes. (It also comes up on the festival of New Year’s Eve, but would you believe not a lot of people spend their New Year’s Eve at church.)

I love that we get to hear from this book today, because Ecclesiastes is a great example of how the Bible doesn’t just say one thing. The Bible is full of a variety of different perspectives and experiences. There are psalms of praise and a whole book of lament. There are examples of holy warfare and nonviolent resistance. There are books full of wisdom, and here is a book about how all that wisdom end up being meaningless.

The Hebrew word translated “vanity” comes up a lot in the book of Ecclesiastes, and there are lots of ideas amongst biblical scholars about how to best translate it. It means something like: Everything is utter futility. Life is a fleeting breath. Absurdity on absurdity.

The writer of Ecclesiastes is sometimes called the Teacher, and it is traditionally understood to be King Solomon, the wisest of the wise, and a rich and powerful and well-respected ruler. This book is Solomon’s exploration of what that all means, and what he has to show in the end for all the knowledge and success he had worked so hard to earn. 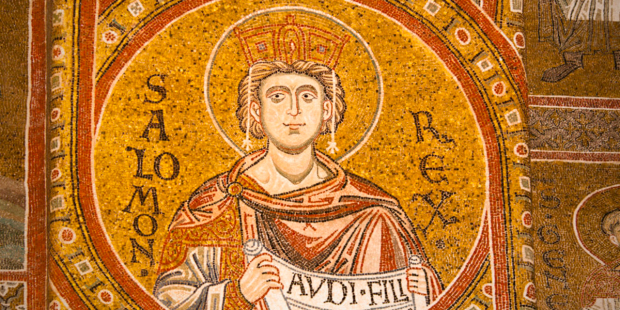 I love this book because to me it speaks so honestly about the feelings of meaninglessness and despair that are so often a part of our human experience. It feels a little bit better to know that I’m not the first person to feel that way, and I won’t be the last. The Teacher writes in Ecclesiastes that “nothing is new under the sun,” and so our own struggles for meaning and purpose aren’t new either.

I had a conversation a few weeks ago with a mentor of mine who is a campus pastor. He told me that his ministry with college students has changed pretty significantly over the last decade. College students today, generally speaking, have more trouble making authentic human connection with one another. More of them come to him asking how to make friends. Social behaviors that were considered risk factors in the past for college students—like excessive partying, or unsafe sex—were growing less and less common, but that didn’t mean that students were less at risk. Instead, he said that growing numbers of college students are experiencing feelings of isolation and despair, and instead of acting out those fears in social settings, they spend more time alone, and are unable to connect with their peers. Meanwhile, a study released earlier this summer found that there has been an uptick among the youngest people in the United States in what researches call deaths of despair—those involving drugs, alcohol, or suicide.

This struggle to belong, the sense of meaninglessness and despair may be as old as Ecclesiastes, but that doesn’t mean it’s not a big deal. It’s a huge deal. Because as creatures, we were made for the opposite experience, really.

Remember the beginning of creation, our origin story? God created human beings to be companions to one another, to live together in mutuality with the plans and animals and with God’s own self. Relationships are what give us life and meaning. 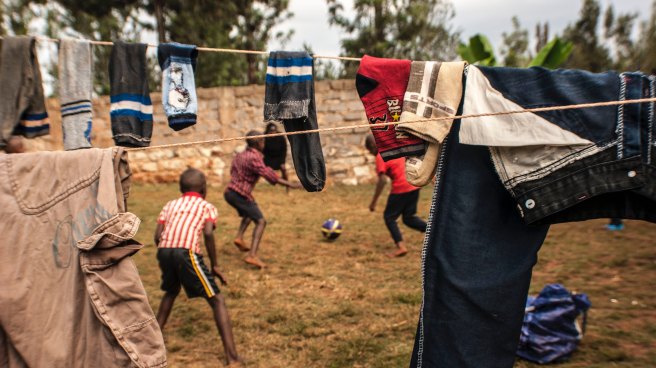 But that’s not exactly what I learned was most important about my life, growing up. I don’t know about you, but I learned that there were a whole lot of other things about myself that were more important than my relationships. It’s not that anyone said that directly. No one said, “Your resume is more important than your friendships.” And I’m sure if I would have asked any of the (very supportive) adults in my life what was most important they would have said something nice like God, or family, or something like that. They didn’t tell me that work was more important than relationships, but the world showed me. They showed me by always asking what activities I was involved in instead of asking who was most important in my life. They showed me by praising me for what I was achieving instead of noticing the kind of person I was becoming. They asked for my test scores and my grades so that I could get into college, so that I could then get a good job, so that I could then afford to support myself. It felt like my life depended on those things. That my life depended on my work.

And of course, the unfortunate reality is that our economic system does work like that, right? I mean the adults in my life weren’t just mean or un-Christian or something, they were preparing me for the real world as it is. Because in our world it is really true that economically-speaking, your life depends on your work. You need to be able to work in order to have a nice place to live, give nice things to your children, and build a sense of safety and security. Of course, work in our system is so often exploitative that many of us can work our whole lives and never have any of that anyway.

But the joke of all of it, the vanity, the meaninglessness of this whole thing is that

none of that is actually life.

And I’m not up here telling you something you don’t already know—you can sense at a deep level what it is that is really life-giving for you. There are moments of life that peek in through the cracks. little glimmers of the real and holy. relationships that tether you to yourself and make you feel home like walls and a roof never could. 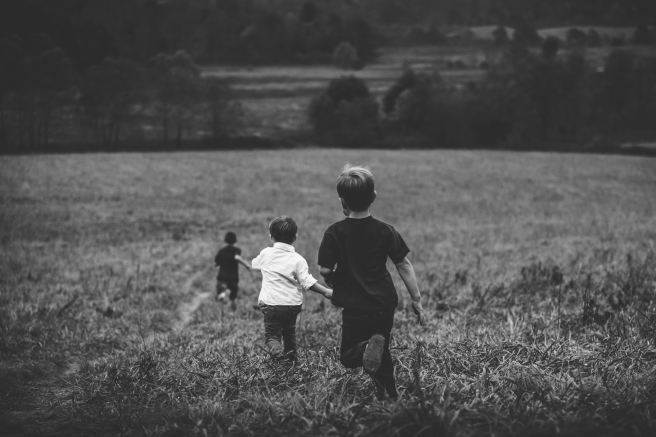 The other stuff is powerful though, no question about it. There’s all this stuff that gets its claws in you with fear or anxiety. So many of us—regardless of the number on our paychecks—feel like we’re chasing this sense of security or enough-ness. We don’t know what enough feels like, but we know we don’t have enough yet.

And the only way we know how to  try to get closer to enough is by doing what we learned: more activities, more hustle, more making ourselves better, more savings, more conforming. The rich fool in Jesus’s parable is so highly relatable in that way. Things don’t go well for farmers all the time (we’ve seen that this year in the U.S.), but this farmer had a great year! Such a good year that the barns he had built weren’t big enough.

Now think of all the options one has with an abundance of harvest. Imagine the giant party this person could throw, or the poor neighbors he’s never met who he could feed and begin a relationship. But we don’t hear about any relationships at all with this person. In fact, the only person he talks about in the whole soliloquy is himself:

“What should I do, for I have no place to store my crops? I will do this: I will pull down my barns and build larger ones, and there I will store all my grain and my goods. And I will say to my soul, Soul, you have ample goods laid up for many years; relax, eat, drink, be merry.”

That phrase—eat, drink, and be merry—calls us back to the voice of the Teacher in Ecclesiastes. The Teacher uses the exact same phrase in his exploration of the meaninglessness of life and work. A translation I like reads, “Breath of a breath! The slightest breath! All is a breath!” And since not much is ultimately in our control, the Teacher concludes the best we can do is to eat, drink, and be merry right now, while we are alive.

But do you notice that the rich fool in Jesus’s parable isn’t even talking about eating and drinking now?! He is speaking in the future tense:

I will pull down my barns (that’ll take a couple weeks)
I will build larger ones (maybe a couple months of work, depending on how many people he hires to help)
and I’ll store all my crops there (when the harvest comes, or maybe the next harvest by the time it’s all done)
and then I’ll feel secure.
Then I’ll eat and drink and be merry.

But then the twist in the story. The voice of God: You fool! This very night your life is being demanded of you! 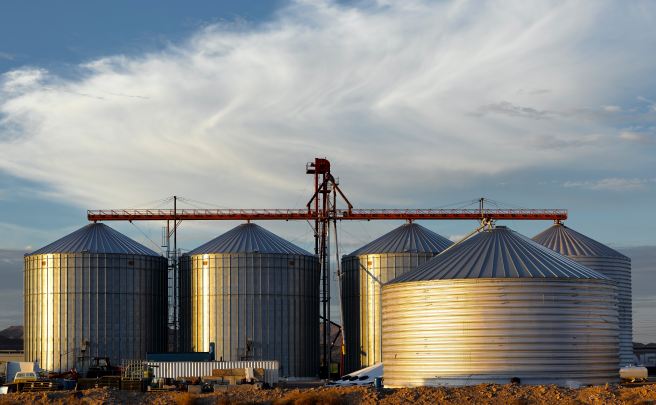 This part, “your life is being demanded of you,” is often interpreted to mean that the time has come for the person to die. The lesson drawn out of the story is that no matter how much you earn or store up, you can’t take it with you when you die. And of course that’s true. It’s the same thought experiment that has the teacher in Ecclesiastes all stirred up about meaninglessness.

But it’s also about more than that. Listen to what the voice of God actually says to the rich fool. Not, “It’s time for you to die,” but “Your life is being demanded of you!”

LIFE. Now! Jesus is telling us with this parable, it is time for you to live. Really live.

Work may be important, and savings may be necessary, and your legacy may matter to you, but none of those things are the life for which you were created. If you’ve learned that the most important thing about you is your productivity, or legacy, or greatness, or good retirement, I’m here to tell you that is a lie. Hoarding up the harvest is not life. Having a great career is not life. 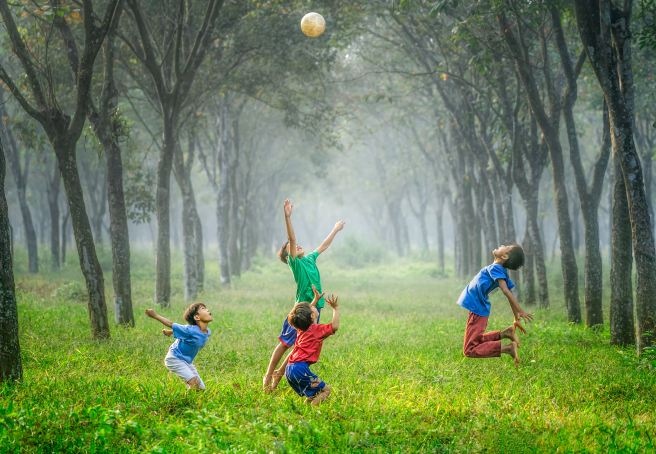 Breath comes and goes. You can hold it for a few moments, but not forever. It refreshes. For most of us, breath comes and goes without us much noticing. It is a gift that fills us with life without us doing much. It gives us life even when we’re asleep. Eventually breath may become more difficult, and for all of us breath eventually stops. And none of that is within our control.

None of that is within our control.

So, the Teacher says: Eat food that makes you strong! Stay hydrated and do things that give you joy. Enjoy all of it with good people who care about you. Loosen your grip on the things that give false security, and open yourself to the people around you. Become rich with God (find out what that even means!) and don’t wait until next year’s harvest.

This very day, the voice of God is asking you about your life.